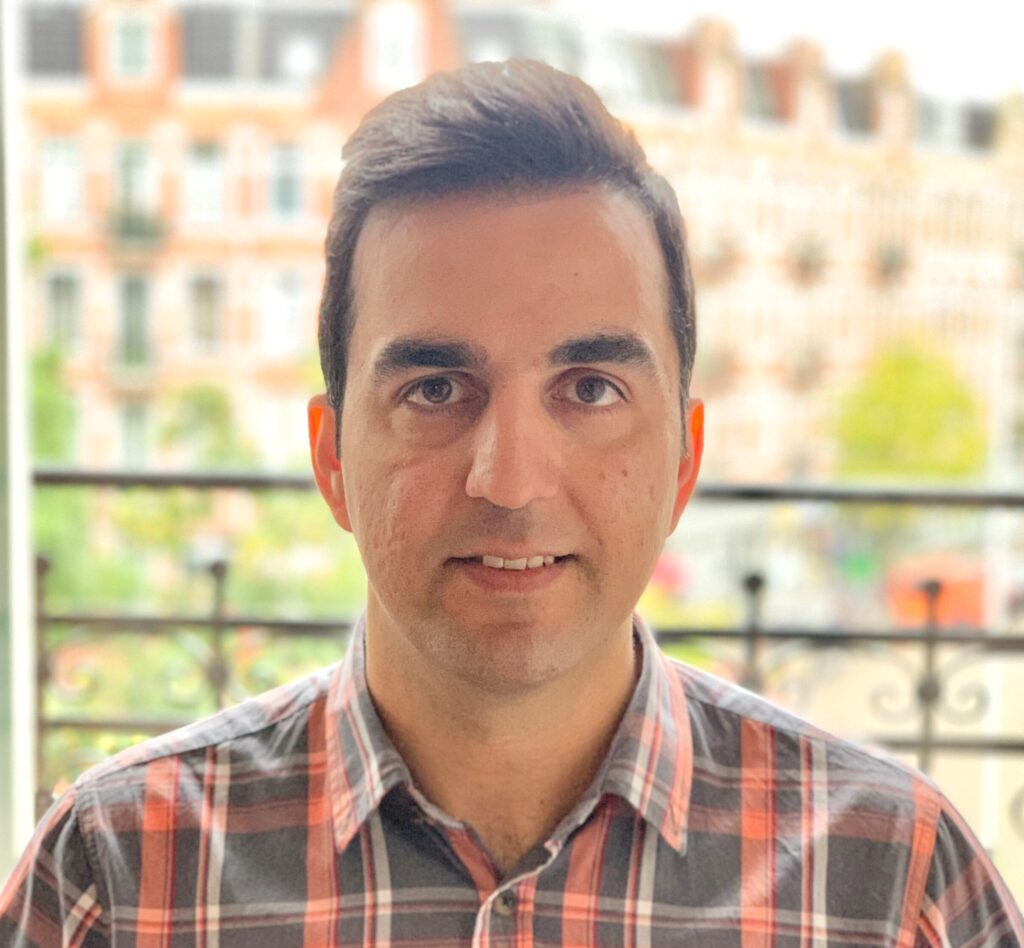 For Hamid, the Trainee Program for status holders at the municipality of Amsterdam was a great opportunity. In three years time he could not only follow an intensive language course, but also discover his talent through all kinds of different assignments and departments within the municipality. Hamid is now officially employed as a Demand Manager Information Services in the cluster Space and Economy. And he does what his passion is: working with people and technology.

Hamid says: “The program consists of two parts. First, a year of internship, during which I followed an intensive language course at the UvA for two days and an internship in various departments for two days. In addition, there were sometimes extra training sessions and excursions on Fridays. The first year was followed by two years of traineeship. I worked on various assignments for periods of 6 to 8 months. The nice thing is that you get to try out all kinds of different work areas and departments, even if they are different from what you studied. It was very nice that a supervisor was available all the time to watch and help you. At the end of the traineeship, you were given the opportunity to apply for a job, again with the support of the Traineepool. And to help me master the language even better, there were language buddies, colleagues who voluntarily practiced the Dutch language with me.

How did you get in touch with the municipality?

“During my internship at the Hogeschool van Amsterdam I was approached by the municipality, whether I wanted to participate in the Traineepool for status holders. I knew something about the organization, that they do something for citizens and of course I knew the logo that I often saw in the city, but what they do exactly I did not know. Several people around me told me that the municipality of Amsterdam is a good place to start your career; it’s fun, you can do many different projects, you develop a good network and get to know many people. It all turned out to be true,” Hamid laughs. “The organization and the work fit me well. I like to help people, that’s in my character.”

What was most valuable to you about the trainee pool?

Hamid explains that it was a number of things. “First of all, the support, the openness and the warm welcome. In addition, the opportunity to learn the language quickly and to practice a lot were very important. And finally, I found the group assignments very valuable. Because they are about bigger subjects, you get a much broader experience”.

And how is it now to be a civil servant?.

Hamid: “Very nice! I can keep developing and I think there is a very good atmosphere. What I did have to learn is that you have to meet a lot and make an appointment for everything. And sometimes I find the wait-and-see attitude of colleagues difficult. I’m someone who wants to achieve results quickly, so I tend to look for quicker ways to get the work done myself.

About the trainee pool for status holders

The trainee pool was created in 2017 from Amsterdam’s task of guiding status holders to jobs. Many of them are highly educated and very talented. Talent that the municipality itself is desperate for. A trainee pool for status holders was therefore a logical choice. The most important difference with the existing trainee pool was the language, but by offering extra language training that barrier was also removed. Eight former trainees now have a permanent contract and 15 status holders are in their second year in the pool. The municipality is pleased, because in addition to the fact that this group of trainees is eager and loyal, they are much better able to assess what is needed to deal with this rapidly changing world. And that is of great added value to the work for the city.